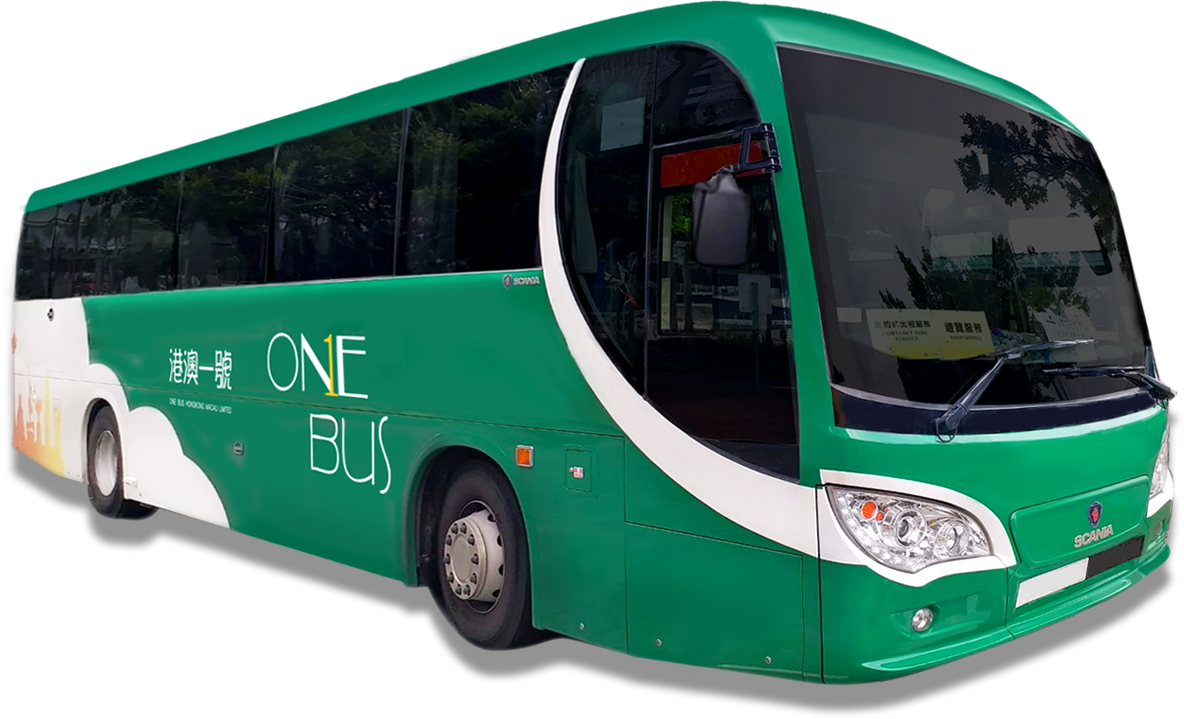 Passenger Notice:
Please bring all your luggage and personal belongings through customs clearance.
Our waiting time in customs is within 20 minutes. Overdue will be at passenger’s own arrangement

Guests can pre-order for 21 days either one-way or round-trip tickets, with no restrictions on westbound or eastbound (one way - Hong Kong to Macau or Macau to Hong Kong) (round trip – Hong Kong and Macau)
We offer various payment methods.

In accordance with the insurance policy of HZM district, all children (including infant) must purchase tickets to get on board. 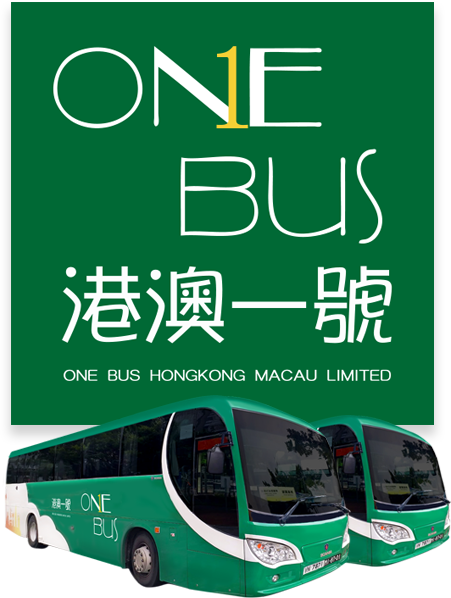 (hereinafter as "ONE BUS") is a limited liability company by shares incorporated under the laws of Hong Kong Special Administrative Region, China that operates cross-border passenger service between Hong Kong and Macau. "ONE BUS" is organized by a group of industry elites who have been contributed brilliantly for local transportation and tourism industry. Our shareholders include China-Hong Kong Passenger Services Co. Limited, Moving Step Limited, Poly Pride Limited and Harvest World Limited.

“ONE BUS” believes that we now grounded in Kowloon side, will grow fast and stable with flexibility, and to be one of the professional industry leaders to serve our passenger in Hong Kong and Macau. Our routes serve between downtown areas of Hong Kong and Macau, which pass through the new Hong Kong-Zhuhai-Macao Bridge.

In order to demonstrate high quality of cross-border service, we have launched with a team of brand-new EURO 6 luxury single-decker tour buses. The unified color and pattern of our buses represent a clear and refreshing image of "ONE BUS". And every passenger seat is equipped with USB charger and free WIFI connection that will provide substantial need for our passengers.

After the opening of the Hong Kong-Zhuhai-Macao Bridge, the traffic time between Hong Kong, Zhuhai and Macau will be reduced sharply. The journey time will only take about one hour, and there is no need to bypass Shenzhen and Humen. Hong Kong-Zhuhai will also form a one-hour life circle.

CCTV installed in each Cabin monitoring any unforeseen circumstances

💡Effective from this Thursday 20 Feb 2020, One Bus have updated the following daily schedule. Please reserve through our website or ticketing counters directly. We will keep you updated and strive to provide continuous service🤝

【Wish you a Healthy Lunar New Year!】
One Bus interiors and counters have been sanitised regularly to create a hygienic environment for our passengers✨ Drinking water and hand sanitisers are provided at our Jordan store for your complimentary use💪 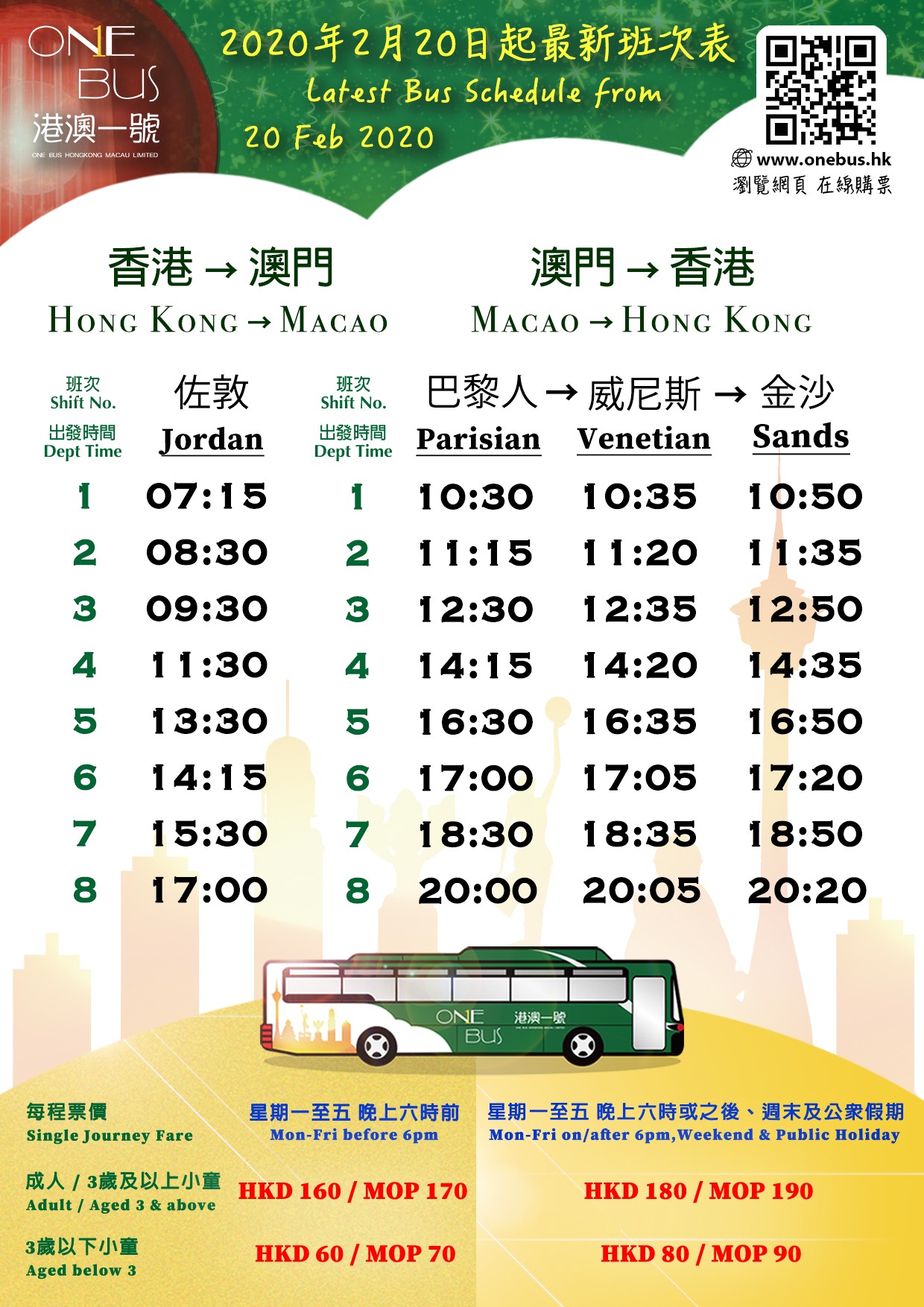 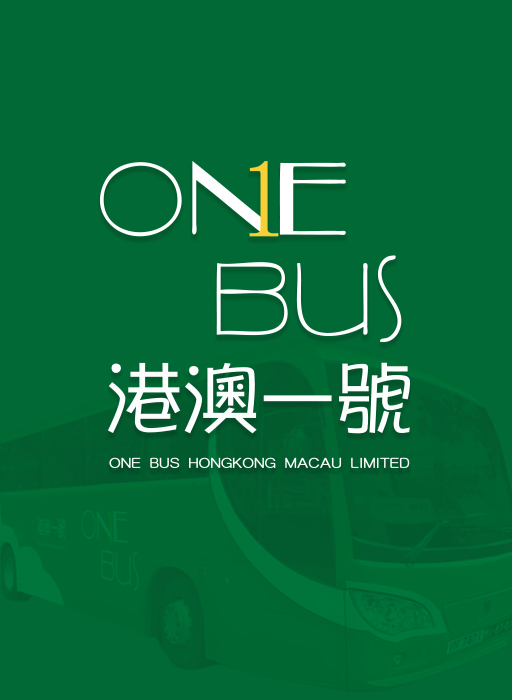